God made beer because he loves us and wants us to be happy. – Benjamin Franklin

We brew with a small system that utilizes a wide variety of creative, and in some cases homemade, equipment to produce 3.5 barrels (100+ gallons) of finished beer per batch. The process begins by milling cereal grains like barley, wheat, spelt, and oats, plus occasionally adjunct ingredients like corn, rice, or potatoes, and adding water. For this, we use an old mill, handmade back in the 1980s, to grind the grain into the mash tun. We were lucky enough to score our mash tun from Pike Place Brewing in Seattle, where it was used it to brew ‘round the clock in the 80s and early 90s. Next, the sweet liquid is transferred to the brew kettle, where hops or other spices are added over the course of a 90 minute boil. Afterwards, the “wort” (liquid that will become beer with the addition of yeast) is cooled and transferred to a first vessel, where it will ferment for about two weeks (longer if it’s a lager or Barleywine). Finally, it’s then transferred to a second vessel (stainless tank or oak barrel) for aging until it is ready to hit the taps.

In addition to our bestselling House IPA (a modernized version of an old school, Cascade heavy, west coast style IPA), we offer a wide variety of ales and cold fermented lagers: from rich, chewy, malty scotch ales to dry, floral, super hoppy pale ales, and even a cloudy, clove/banana forward Bavarian-style hefeweizen. We also, strangely enough, always have Barleywine on tap and sometimes even two of them.

We started our barrel program in 2012 and have been slowly building it every year since. You’ll find multiple barrel aged sours on our draft list at any given time, and occasionally some whiskey barrel aged beers as well. Bottling our sour and whiskey barrel aged beers have become a focus in recent years. We keep the cooler behind the bar stocked with delicious and strange new offerings throughout the seasons.

Collaborative brews with friends all over the NorthWest are near and dear to our hearts as we have 20 taps to fill and we are a tiny brewery in the woods. It gets lonely out here (not really, it’s usually too busy). 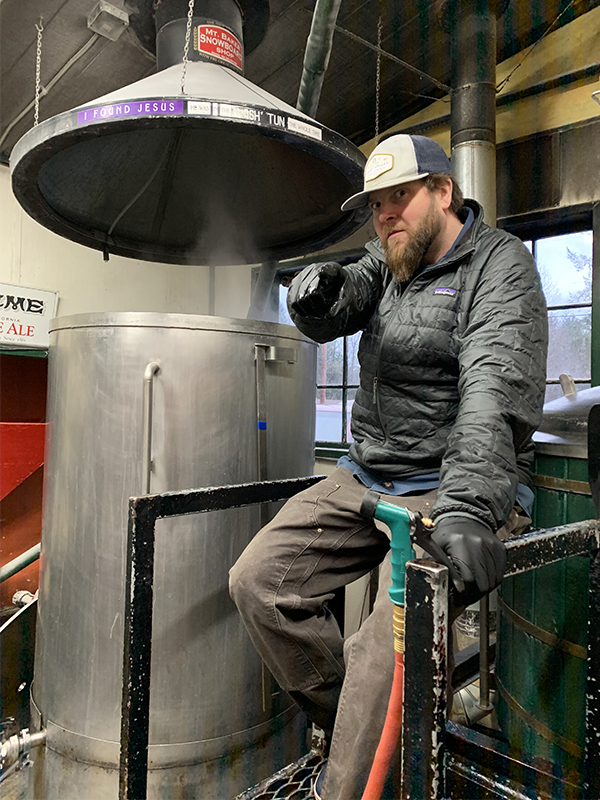